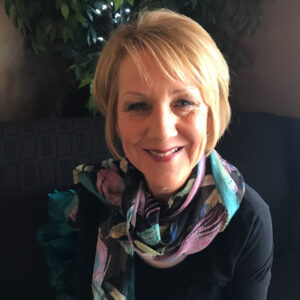 In the past two weeks, I’ve seen three independent films at the Cinema Art Theater which have enticed me to share this gift to our community. Perhaps you’ve considered attending and don’t know what they have to offer?

Manager Sue Early explains, “At every showing we provide an introduction and give some additional information that most viewers would not know about. In this way we hope to enrich their viewing experience.”

Summer of Soul, filmed in 1969, documented a series of concerts in Harlem featuring major music groups. And then no one bought the film. Sue Early introduced Summer Of Soul to an audience of 24 in the main theater and I’ve included her introduction here:

“The director watched the footage for five months looking for something visually shocking and jarring to be at the beginning of the film. 19-yr old Stevie Wonder playing drums was his find. The actual moon landing took place while Steve is performing.

1969 was also when the seeds were planted for “black joy” in which African-Americans embraced their blackness and coined the phrase, ‘Black is Beautiful.’

For Roots band leader and drummer, Ahmir “Questlove” Thompson, this is his first documentary, but he looks at it as his way to correct history. He considered himself a “music snob” and he knew nothing about this true event, just like so many others.

The world premiere of this film was at the 2021 Sundance Film festival and it won the Grand Jury and Audience Award.”

The second film I enjoyed was Kiss me Kosher, the directorial debut of Venezuela-born, Israel-raised, German-based director Sheril Peleg. Film critic Jessica Werb writes in her March 3, 2021 review for Screen, “The Holocaust is the central impediment to a happy union between star-crossed lovers Shira (played by Israeli actor Moran Rosenblatt) and Maria (German actor Luise Wolfram).

Toss in a good dose of Israeli-Palestinian tensions simmering in the background, and you’ve got yourself a powder keg of a backdrop in which to set a romantic comedy. And yet, somehow, director and writer Shirel Peleg has managed to deftly weave it all together into a light, even fizzy, pleasure.”
The third film I enjoyed was “12 Mighty Orphans.” It is a true story, adapted from Jim Dent’s bestselling book by the same name. The trailer explains:

“The Mighty Mites is the football team from a Fort Worth orphanage who, during the Great Depression, went from playing without shoes—or even a football—to playing for the Texas State championships. Over the course of their winning season these underdogs and their resilient spirit became an inspiration to their city, state, and an entire nation in need of a rebound, even catching the attention of President Franklin D. Roosevelt.

Rusty Russell, a legendary high school coach shocked his colleagues by giving up a privileged position so he could teach and coach at an orphanage. Rusty developed innovative strategies that would come to define modern football.”

At the end of movie we get to see pictures of the real orphans and discover what promising careers they chose as adults. Sadly, none of the orphans lived long enough to see the film.

The Rehoboth Beach Film Society, which opened on March 17, 2016, shows film which are “very effective communication tools, “ explains Early. “Whether it increases one’s awareness of a subject, educates, engages the thinking process, or entertains the viewer, every film conveys a message and typically has an impact.”

“The pandemic has negatively impacted the financial status of this organization, and we hope people will feel safe enough to return and watch wonderful films in a clean, safe, and friendly atmosphere,” declares Early.

Volunteers are welcome to work one 3.5 – 4 hour shift per month, and they can see a film during that shift without charge.